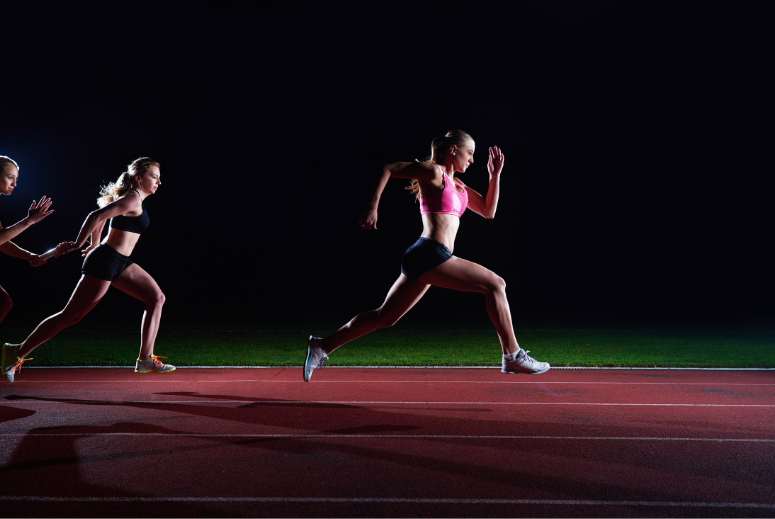 When athlete Dina Asher-Smith pulled out of the European Championships 100m last month with calf cramp that she attributed to ‘girl’s stuff’, she joined a growing number of female sportswomen who are determined to break down the taboo around the subject of the effects of menstruation on women in sport.

In a BBC interview following the race she highlighted the effects of periods on female athletes' performance and called for more research into the impact of the menstruation cycle on athletic performance. Whilst women athletes having their performance affected by menstruation is presumably a common occurrence, it is unusual is still unusual to hear a female sports person talking so openly about it. Although, it is encouraging that this year other sports women such British player Alicia Barnett, and New Zealand golfer Lydian Ko have been open about their period related symptoms during interviews.

Following their remarks, other athletes and commentators have been raising the question, why is menstruation and sport such a taboo subject still?

In a BBC blog Commonwealth Games Gold Medallist Eilish McColgan has spoken about her own personal experiences of the effects of menstruation on athletic performance and asked why in 2022 menstruation is still a subject that isn’t more openly discussed. Both Asher-Smith and McColgan question if the issue would be much more widely talked about and researched if it affected male athletes - pointing to the wider issue of equality in men’s and women’s sport.

McColgan, who has had to pull out of major sporting events on at least two occasions due to her period, also calls for greater discussion of the topic to support women in sport:

“This shouldn't be an embarrassing topic. Coaches, physiotherapists, teachers, parents, partners and friends - they all play a role in making this an open dialogue. We need to feel comfortable having this discussion.”

Asher-Smith's and McColgan’s comments bring to the fore the effects of menstruation on individual athletes’ performance, but also pave the way for wider support and removal of embarrassment around discussing periods, which is relevant for all women and girls taking part in sport or physical activity at any level.

We know from research that menstruation can hold back teenage girls from taking part in physical activity in and outside of school. In some cases this is due to physical symptoms but in many cases it can be embarrassment rather than physical concerns.

A recent research questionnaire carried out by the Youth Sport Trust as part of their Girls Active Programme in seven Lincolnshire schools, revealed that periods are one of the largest barrier to girls to girls participating in, and enjoying PE and Physical Activity at School with 41% citing it as a barrier. View the Girls Active pre-intervention questionnaire report here.

This echoes the findings of National research carried out as part of the Girls Active Programme, which showed that 37% of girls said their periods stopped them from getting active in school:

“Our Girls Active research has revealed that girls being on their period significantly impacts their ability to feel confident, comfortable and participate in PE, sport and physical activity, particularly at school. We know the issue is multi-faceted and complex with other concerns such as poor body-image, feeling on show, and feeling self-conscious in PE kit contributing further to their confidence at this time.”

What is positive is that as more elite sports women such as Dina-Asher Smith and Eilish McColgan begin to talk honestly about the physical problems that they experience due to their periods, they start to open up a wider societal conversation, breaking down taboos related to the subject, and allowing women and girls to realise this is something they don’t need to be embarrassed about discussing.

It’s worth noting that although menstruation can be debilitating for some women and can have a detrimental affect on performance for some athletes, for most girls and women physical activity during their monthly cycle can help improve and alleviate symptoms.

This Girl Can, Sport England’s campaign to encourage more women to enjoy exercise and physical activity, has been instrumental in breaking down barriers that prevent women getting active – including making periods and exercise a topic that women can feel comfortable talking about. On their website they share 'Hannah’s Story'; Hannah suffered from debilitating cramps and discomfort each month due to her period. Whilst previously Hannah tried to avoid strenuous activity or sport at that time, she has realised how exercise, including yoga and Pilates can help her manage symptoms. Watch her video case study below: 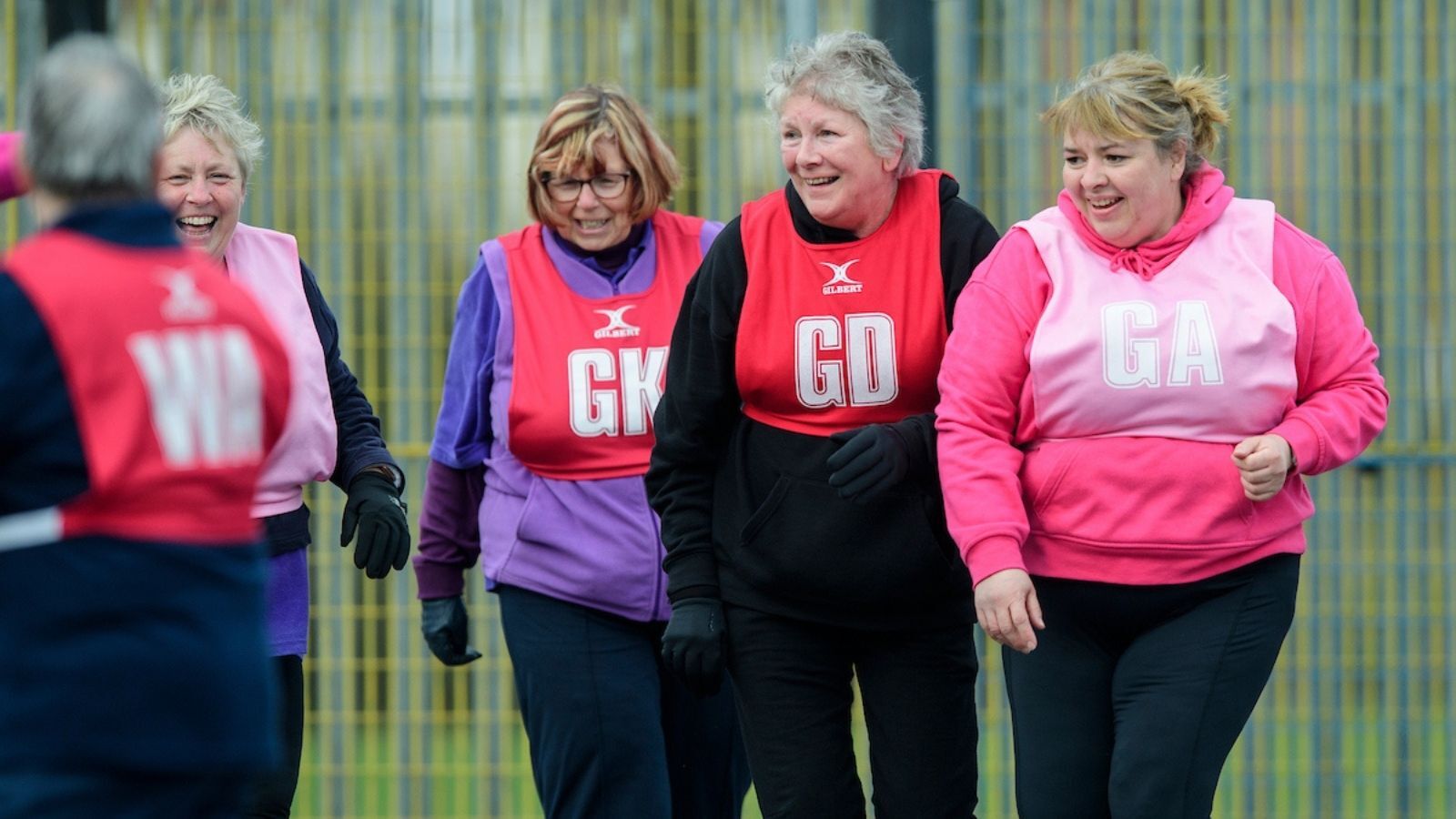 Following the phenomenal success of the Lionesses at this year's Euro's, and the impressive medal tally our women came away from the Commonwealth games with, there seems like no better time to share some of the ways in which we have supported women getting more active across Lincolnshire. 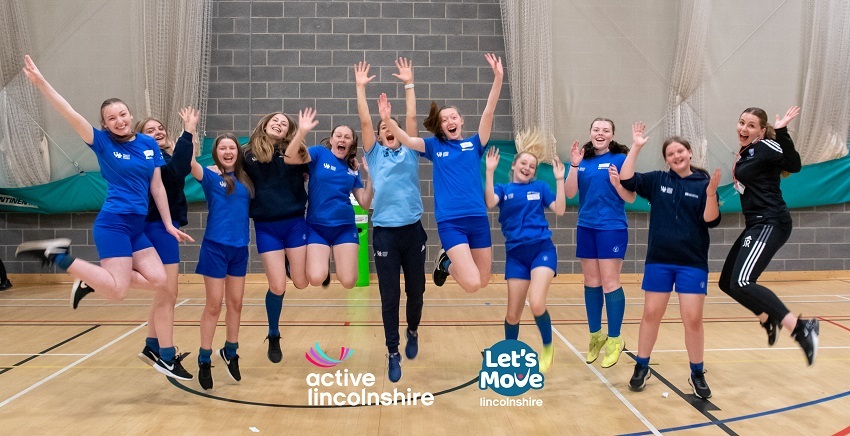 Active Lincolnshire, in partnership with the Youth Sport Trust delivered a full day event to a targeted group of Secondary Schools in Lincolnshire, as part of the Girls Active Programme. Dominic Fieldhouse, Physical Activity Sector Lead at Active Lincolnshire writes about the success of the day.