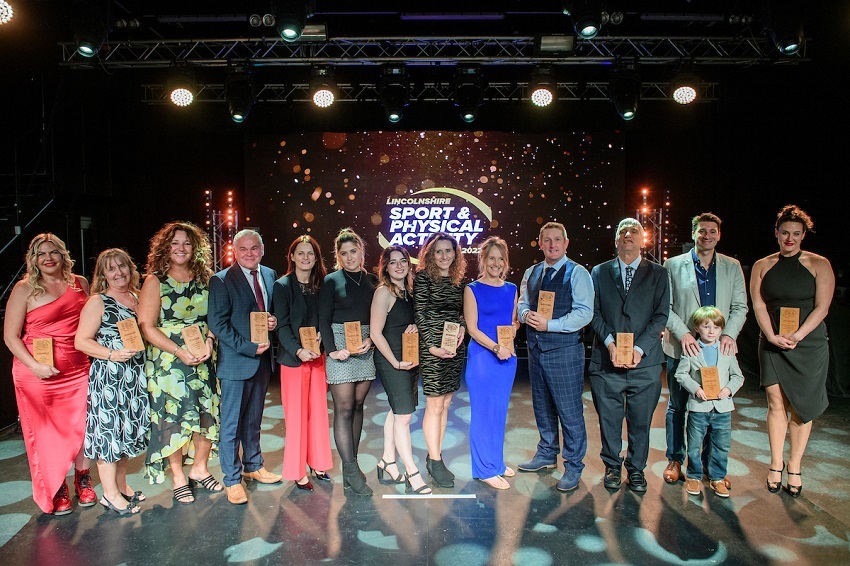 Last night (Thursday 3rd November) the amazing work of individuals and organisations across Lincolnshire who support people to move more was celebrated at the Lincolnshire Sport & Physical Activity Awards.

Organised by Active Lincolnshire, and sponsored by Lincoln Water Park, the 18th edition of the annual Awards was held at the Engine Shed in Lincoln and hosted by Lincs FM presenter John Marshall. In front of an audience of over 250 people, the inspiring stories and successes of forty-one finalists were shared, before crowning fourteen deserving winners.

From unsung heroes of grassroots sports clubs, and volunteers who give up their time to support others to be active, to businesses and organisations creating opportunities to allow people facing the greatest barriers to be active to participate, the awards recognised the commitment and passion of those people and organisations who actively contribute to the health and wellbeing of Lincolnshire residents through sport and physical activity.

“The Lincolnshire Sport & Physical Activity Awards are an opportunity to recognise the huge impact that physical activity can have on people’s lives, and a chance to celebrate those individuals, groups, businesses and organisations that show dedication and commitment to enabling Lincolnshire residents to keep active. At this year’s awards ceremony we’ve once again been impressed and inspired by the incredible stories of all our finalists and winners.

We’d like to say a sincere thank you to all our awards sponsors and headline sponsor, Lincoln Water Park for their generosity in making the awards possible. And a huge congratulations to all our deserving winners and finalists who should be very proud of their achievements.”

"For us, it is important to support local incentives that encourage people to be active. It's not necessarily about the best athletic ability, but for us is about enjoying what you do and striving to be your best. These awards celebrate commitment and achievement and include community involvement and the passion of all the supporting teams involved. It's a pleasure to be involved with supporting the awards and recognising the incredible work of individuals, volunteers organisations, schools and clubs across Lincolnshire helping to keep the county active.”

This year’s awards included several new categories to reflect the refreshed Let’s Move Lincolnshire Strategy’s focus on tackling inequalities and breaking down barriers to being more active. Spearheaded by Active Lincolnshire the vision of the strategy is to make Lincolnshire a place where everyone has the opportunity to be physically active every day.

Strong Girls Squad enables girls to have access to physical activity in a safe environment where they feel comfortable and confident to engage in exercise. The project has provided weightlifting workshops to groups of female students. Strong Girls Squad helps girls to get fit and active and make friends whilst educating the girls on nutrition and how to look after their bodies. Participants attending Strong Girl Club have access to clothing and footwear to participate in the club with the addition of access to key hygiene items.

Wright Vigar are embedding wellbeing into their culture through their 5 ways of wellbeing. The company have a designated wellbeing group that meets regularly to discuss their team's wellbeing and develop strategies to help encourage and facilitate active lifestyles for their team. Initiatives the group have implemented include: workplace walking challenges to raise money for charity; in-house sporting competitions, encouraging active networking; and entering teams into events such as C2C2C, equinox and the Nottingham Half Marathon. On top of this Wright Vigar also encourage their team to take an active route to work or have an active lunch break. They provide the cycle-to-work scheme for their team, have designated showers that the team can use and a secure bike storage facility for all. Wright Vigar have also signed up for the MIND Mental Health at Work Commitment.

Dance Free offers a fun opportunity for people to move freely and connect with others through movement in natural locations throughout Lincolnshire. Dance Free uses carefully selected music to invoke the desire to move energetically. As the majority of tracks are uplifting, participants feel positive and naturally move in a way that increases their heart rate. Dance Free has collaborated with multiple organisations including Active Lincolnshire, Woodland Trust, Canal and River Trust, Youth Sports Trust - Girls Active programme, Lincolnshire Wolds Outdoor Festival, SO Festival and Goldsmiths University.

Ann has been running Ann’s Yoga Lounge in Heckington for 4 years. She is a firm part of the community, and in the last year has helped over 300 local people increase their mobility & wellbeing, offering a variety of classes to suit all ages & abilities, delivered in a friendly, personal way. Alongside this Ann has been offering yoga to North Kesteven District Council; Employees working from home hunched over computers have particularly benefited from these lunchtime movement breaks. Ann has worked on the Fit for Life programme with Chair Yoga for the less mobile and will be delivering seated yoga to this year's Lincolnshire NHS Practice Manager Conference too.

Chris Duncan is a local wellbeing coach who presents short 'Walk & Talk' sessions on YouTube, that help support people with their health and wellbeing and improving their mental health. Chris has also been a pivotal influencer in merging community stakeholders to form a collaboration with the Local Neighbourhood Team to create a new way of working that meets the needs of the local community.

Active Change Award
sponsored by One You Lincolnshire

After signing up for MAN v FAT Football following a meeting regarding his heath Kevin completely changed his diet and increased his active minutes. He was diagnosed with prostate cancer after starting the programme. The weight he had lost on the programme meant the operation he required was easier to perform, and his recovery much shorter than it otherwise would have been. Kevin has used his success to help others by becoming a player facilitator. Through this role Kevin has helped support the other members to improve their lifestyle through physical activity.

Caythorpe Primary School go above and beyond to encourage every pupil within the school to be involved in physical activity inside and outside of school. Creating an inclusive PE environment is a strength of the school, creating opportunities for children who have SEND to enjoy PE as much as everyone else. The school also offer extra curricular activities to allow children to find a sport that they might wish to follow.

Walking Netball was thriving pre Covid but many ladies were very nervous to return. Long term health conditions, reduced activity, anxiety, social exclusion had made it very hard for many ladies to have the confidence to leave the home let alone re-join an activity and mix with others whilst Covid was still present. The Tackling Inequalities Funded Walking Back project created a safe environment to support over 200 ladies back to physical activity.

Carolyn runs Louth netball club. With 9 junior teams and two senior teams this year the club has been very successful not only with league wins and runners up but also in progressing the netballers through the England pathway. She has a commitment to Lincolnshire County netball where she is involved with u11’s, u13’s and u16’s hubs. Carolyn has also been helping out with the Market Rasen netball league where she has been umpiring. This has resulted in Carolyn organising community netball sessions for a group of teams from the Welton area.

Carl is a junior coach and runs sessions for Woodhall Spa Cricket Club supporting matches, scoring and umpiring. He is also on the committee and supports fundraising and getting grant applications fulfilled. He has set up a ladies team and started indoor winter training in January 2022. Carl has seen the club through season training every week, organising teams and supporting them through any problems. His, coaching, umpiring and support have enabled them to get to the top of the league.

Eloise set up a ‘Mums’ social netball group for Dunholme and Welton in 2021. The group has since blossomed into an all age, all gender, all ability group. Players in the group range in age from 55 down to 7, encouraging activity for all ages. Social activities are arranged in addition to the Monday night training and Tuesday league matches - bringing the community together and supporting each other.

Over the past year, LincolnBasketball has engaged hundreds of people in the basketball community including new and existing league players, coaches, referees, officials, young players, parents and fans. These sessions have reconnected and grown a diverse community of basketball players, openly spoken about mental health, and worked with young people from areas of deprivation and varied levels of education engagement to provide a vibrant and inclusive set of leagues and competitions. Lincoln Basketball have also brought together a diverse group of referees and officials who have benefitted from the league's social aspect and provided a location for families and fans to spectate for free in accessible community spaces.

Jo Knight runs a Children in Need-funded project commissioned to improve wellbeing and community belonging. After building links with local community groups and one-to-one work with vulnerable young people, it was clear they all needed a space to be together. So began Moorland Mondays at YMCA Lincolnshire’s youth activity centre at The Showroom’; a free-to-access youth club that can welcome up to 50 young people per night. Activities include sports like dodgeball or volleyball, alongside arts, crafts and much more. 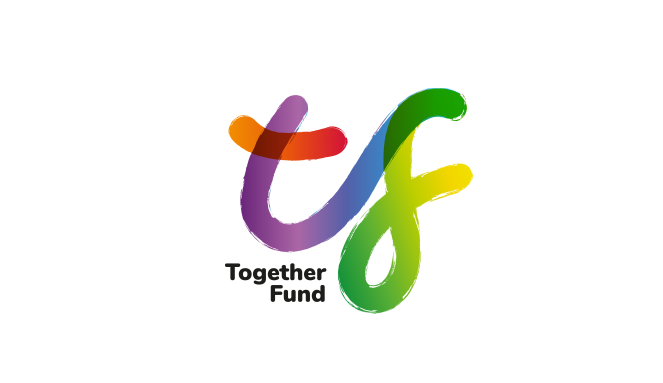 We’re delighted to be able to release £70,000 of further funding from Sport England’s Together Fund to benefit Lincolnshire community groups and clubs. 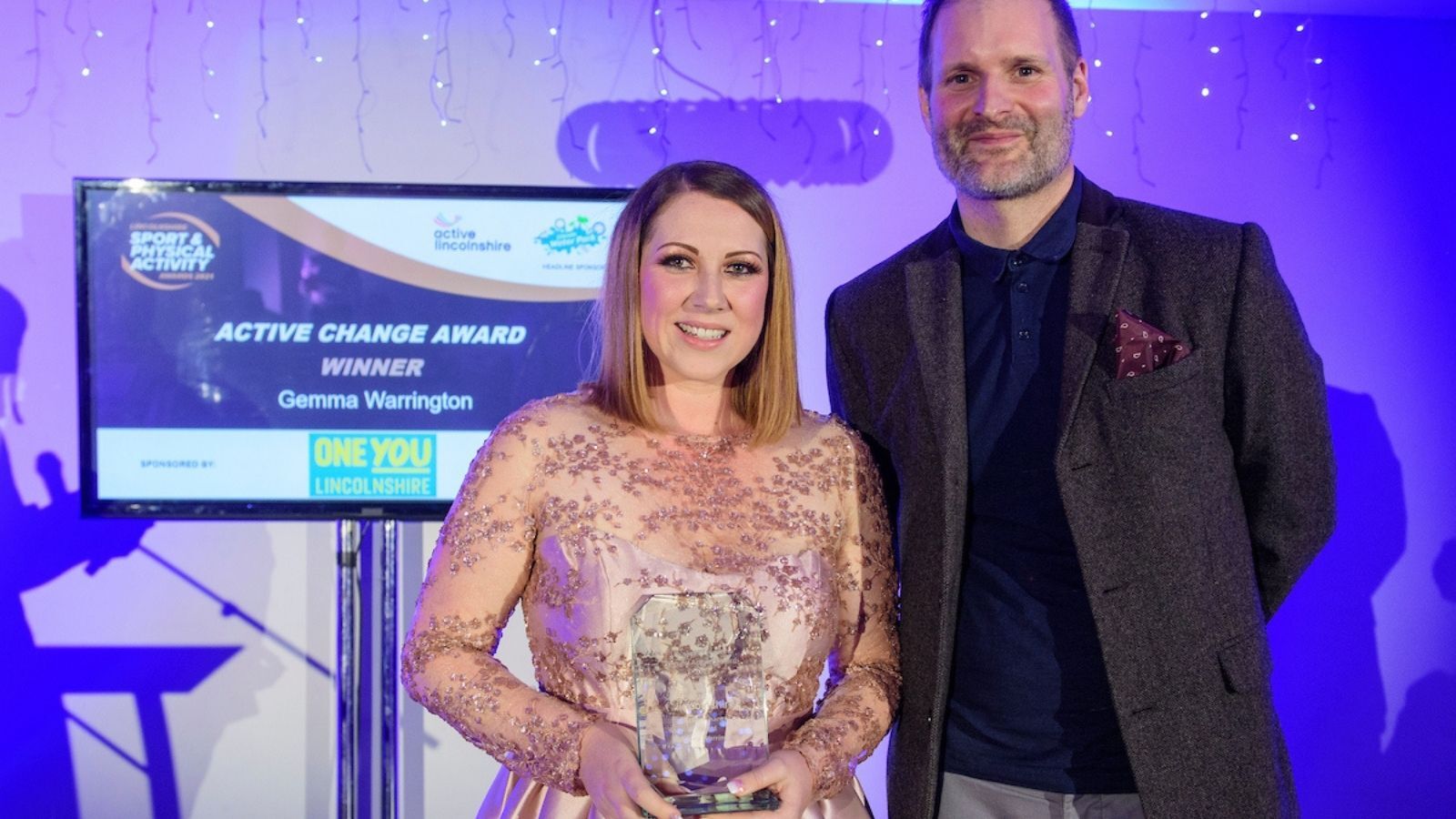 With nominations currently open for the 2022 Lincolnshire Sport & Physical Activity Awards, we are taking a look back at some of the winners from last year's awards. We caught up with Gemma Warrington who won the Active Change Award in 2021.