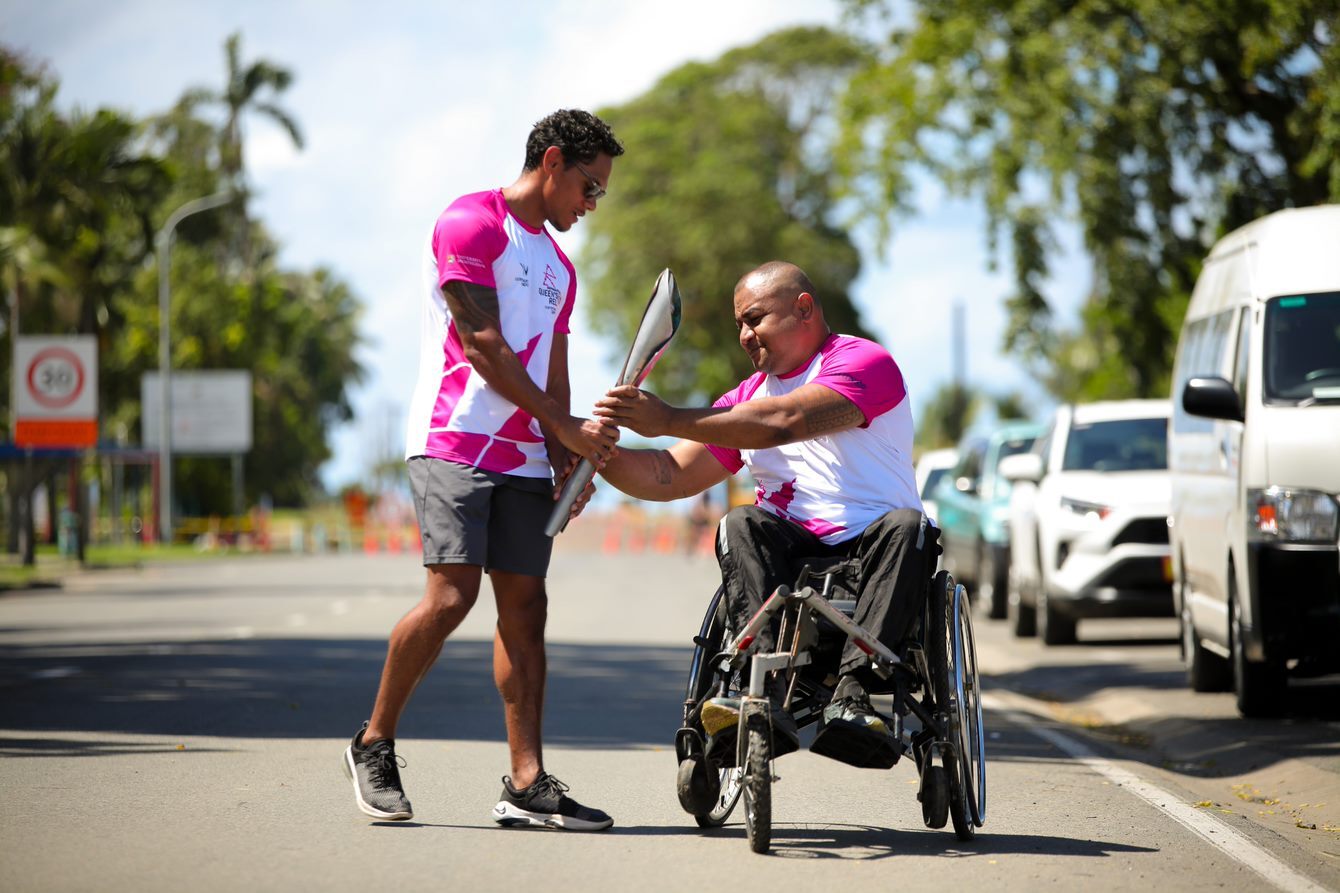 The England route begins in London on 2 June, coinciding with the Queen’s Platinum Jubilee Celebrations, and will later return to England on 4 July for a 25-day tour of the country.

Active Lincolnshire are thrilled to announce that four locations in Lincolnshire will receive a visit from the Queen’s Baton Relay, visiting Lincoln on Sunday 10 July and Skegness, Boston, and Grantham on Monday 11 July.

“We are delighted that Lincoln, Skegness, Boston, and Grantham in Lincolnshire, will welcome the Queen’s Baton Relay on Sunday 10 and Monday 11 July,” said Emma Tatlow, Chief Executive at Active Lincolnshire.
“We have worked closely with the Birmingham 2022 Organising Committee over the past 6 months, who have led on the development and delivery of the England leg, to develop and unite Lincolnshire’s involvement in this momentous occasion.
“Together with our partners across the county, City of Lincoln Council, East Lindsey District Council, South Kesteven District Council and Boston Borough Council fantastic activities are planned to celebrate the arrival of the Queen’s Baton Relay and we hope that our communities get involved in this event.”

Businesses, organisations, schools and residents are encouraged to get involved in the celebration and further details of specific locations, type of activity and timings will be released by each local authority and will be published on the Let’s Move Lincolnshire website.

From sports days with local schools, to community festivals, people will be able to experience the buzz of the Queen’s Baton Relay and the excitement for the Birmingham 2022 Commonwealth Games in many ways across Lincolnshire.

The Baton will be visiting some key sites across Lincolnshire during its visit, including the International Bomber Command Centre, Lincoln City Football Foundation and the LNER Stadium, Lincoln Cathedral, Wyndham Park and St Wulfram’s Church in Grantham, and St Botolph’s Church in Boston.

Cllr Bob Bushell, Portfolio Holder for Remarkable Place at City of Lincoln Council said: “We look forward to hosting the Baton in Lincoln as part of the Queen’s Baton Relay in July.
“This is a very exciting opportunity for us to showcase the city and what we have to offer and welcome residents and visitors to enjoy the evening’s celebrations.”

The Queen’s Baton Relay is a tradition that celebrates, connects and excites communities from across the Commonwealth during the build-up to the Games.

The final stretch of the journey will see The Queen’s Baton travel the length and breadth of England before concluding at the Opening Ceremony of the Birmingham 2022 Commonwealth Games on 28 July 2022.

Cllr Kelham Cooke, the Leader of South Kesteven District Council said: “This is a real honour for Grantham. To be part of such an international event as the Birmingham 22 Commonwealth Games in the year that we are celebrating Her Majesty The Queen’s 70-year reign is something that we view with huge pride.
“We hosted the Olympic baton relay through Grantham in 2012 and confirmation that we now have another international event coming through the town is something to really get excited about.”

Councillor Paul Skinner, Leader of Boston Borough Council, said “What a privilege for Boston to be involved in such a unique event as part of the Queen’s Jubilee Celebrations. In 2012 we were lucky enough to host the Olympic Torch Relay through the town and now we have the opportunity to take part in another spectacular event. This is the perfect chance for Boston to showcase it’s iconic landmark in such an honourable way”
Councillor Craig Leyland, Leader of East Lindsey District Council, said “It is an honour for East Lindsey to be able take part in the Queen’s Baton Relay, what a great way for our communities to come together and get involved. This will be an exciting one time moment for the residents of Skegness to remember”

The Baton itself, has been designed with intricate details and a platinum strand, paying homage to The Queen in her Platinum Jubilee Year, and fitted with a 360-degree camera to photograph images from around the Commonwealth communities on its tour.

Batonbearers from across the country, who have been nominated and selected in recognition of their contributions to their local community, will take part in the Relay, each carrying the Baton between events and locations across Lincolnshire.

You can discover more about how to get your sports club, physical activity group or community involved in the activities taking place during the Queen’s Baton Relay and over the summer while the Birmingham 2022 Commonwealth Games are taking place, on here.